Shopping malls are one of the busiest place in Qatar especially on weekends and holidays where people shop, mingle, eat, watch movies and sometimes just to ease the heat of the weather.
When I first arrived Doha in 2006, it has only Landmark, City Center, and The Mall after a year Villagio opened, and now there few malls recently opened its gate to the public, Ezdan is the most recent. No wonder kung gaano ka-shoppingeras and shoppinggeros ang mga local citizens dito, ay co-shoppers baka masabi nyo talaga kung tayo rin yon kahit maghapong magshopping :-). Late last year when Qatar opened the Doha Festival City (DFC) where you can find IKEA and this year the Ezdan and Al Dar Salam Mall. But it doesn't stop there, expect that new malls will sprout this year. Let me give you some dose of it. 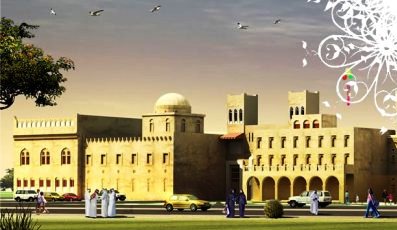 It will be linked to the Landmark mall via footbridge. This mall will be of traditional build with 13 screens cinema, children's play area and game zone, food courts, and basement parking of 1,600 cars and not to mention its retail space of 160,000 sq.meters.
O di ba bongga sa dami ng sinehan, ewan ko kung magsiksikan pa sa box office hit movie kapag nadagdagan ng another 13 screen, for sure Gulf Mall will be another weekend destination for families.

If you happened to pass on Abu Hamoor road you can see that the construction of it is on going. Barwa Commercial Avenue is set to become a lively residential and lifestyle destination offering of 1,000,000 sq.m of state of the art facilities supported by the advanced network of infrastructure.
Comprising of five distinct yet interconnected zones. Facilities include shopping malls, pharmacy, groceries, food courts, medical center, entertainment venues, public spaces, and many more. It is considered to be the longest in its kind in the world. Project cost is QR7billion. I heard BAC will focus on home decor retail stores, pabor ito sa akin :-) i love home decors and hopefully pang-expats din ang price..hehehe 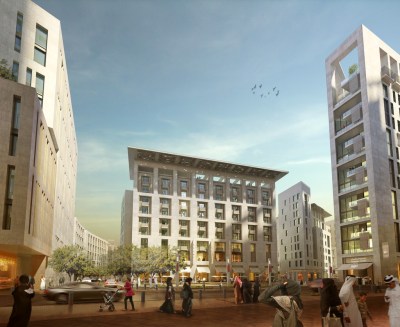 It will be located in Central Doha. Its main purpose is to preserve and regenerate the historic "downtown area" It is an integrated masterplan of residential, commercial, hospitality and leisure attractions aimed at local residents and the growing number of visitors to Qatar. One of the later phases will include the construction of a purpose-built mall of 42,000 sq m over four levels with 100 stores, a supermarket, food court, a major department store and cinema. The project cost is QR20billion for five phase, 31 hectare.
So at least the next time you visit on that area aside from Souq Waqip surely you will enjoy this Msherib Downtown Doha. 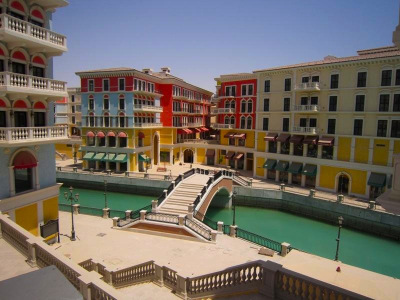 Qanat Quartier or the Little venice will open this year at The Pearl Qatar. The residential area consists of apartments and townhouses with architecture reminiscent of Venice and Amsterdam – pastel coloured, low-rise buildings complemented by piazzas, canals and a marina. There will also be 400,000 square feet of ‘festival’ shopping.
For sure even non residents of The Pearl will be seduced to visit even not to shop but to take a glimpse of the view.  So asahan na babaha ng mga picture na ang background is the Little Venice :-) 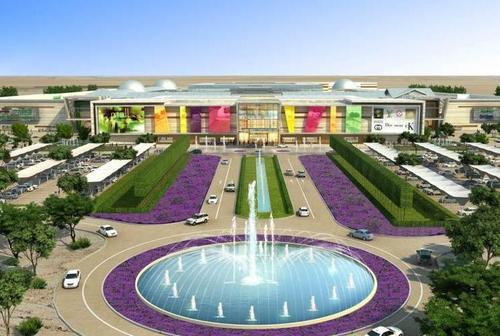 UrbaCon General Contracting has announced the plans to build $824million (QR3billion) located at the intersection of Al Rayyan Highway and Celebration Road, close to Education City. The three storey mall is slated to open on September 2015, two years na lang mga shoppingeras - shoppingeros meron na namang place to shop. And another good news, the mall will be having its own Metro Station and parking for 7,000 cars, bongga di ba? siguro naman di na mapupuno yon sa isang araw.
Size wise it will be three times of Villagio but smaller than Doha Festival City. In terms of brands of retail offerings, it sounds similar in scope to Villagio, with a dedicated luxury retail wing and cafes and restaurants making use of what the designers call “an indoor streetscape.” A luxury hotel is also expected to be built onsite. So sa mga shoppers na napagod sa pagshoshopping at di na makapagdrive may hotel na, saan ka pa.

Every year the demand of Qatar in its facilities are increasing as its people get bigger as well and not to mention the expatriates. Anyhow upon opening or even in just constructing those new facilities is a great opportunity for the expatriates to work here. Likewise when those malls will fully opened, it will open great opportunity as well to our fellows to work here in Qatar.
For us who's working here for so many years and mostly for some who spent half of their lives in staying in Qatar, progress in such kind is really a good news. I, myself is a witness how Qatar from 2006 until now restore, regenerate, and change its beauty.
New malls will not only benefits the shoppers - locals or expats but mostly those people who wants to establish their working career in here.
Hoping and praying for the best for Qatar. And not to forget today is another historic day for Qatar as Emir Sheikh Hamad bin Khalifa al-Thani passed the power of leadership to his Heir Apparent Sheikh Tamim bin Hamad al-Thani,
Posted by Outspoken Mind at 10:41:00 AM