Its not the presents under the Christmas tree but the people around us that matters.
Just want to share some photos captured in different Christmas - Thanksgiving I've attended, other details and photos to be posted in different posts :) 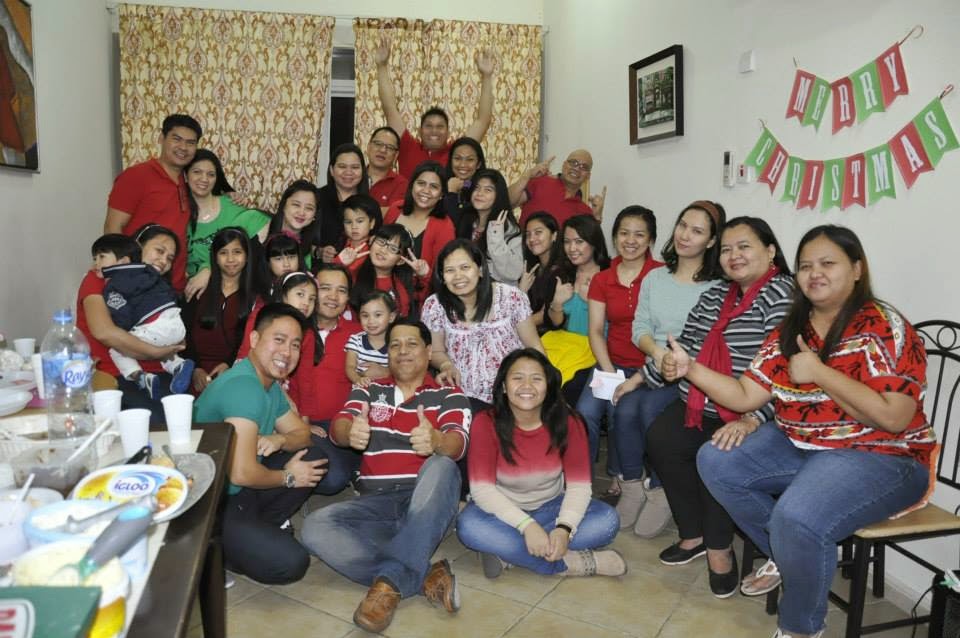 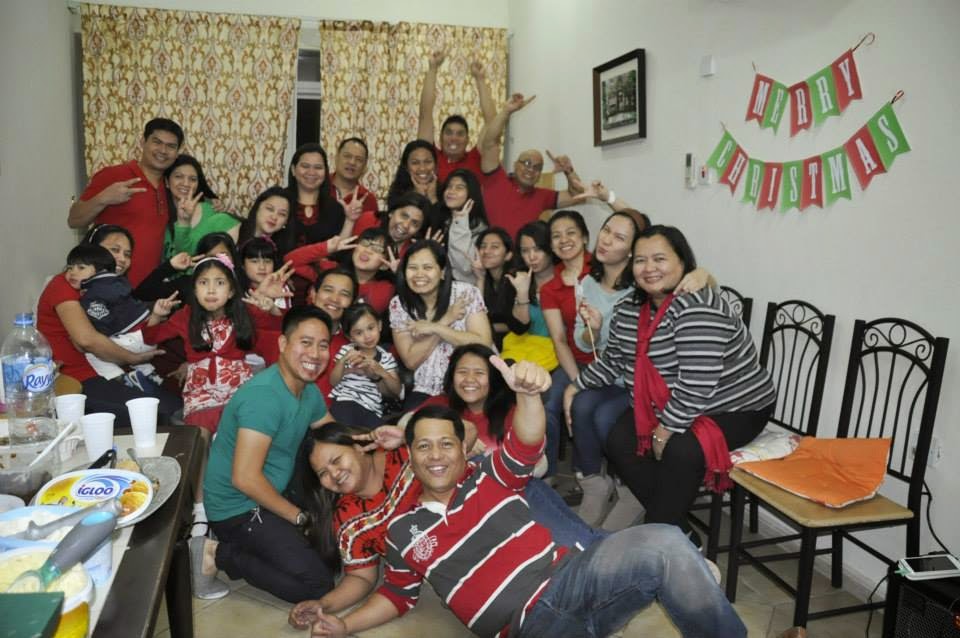 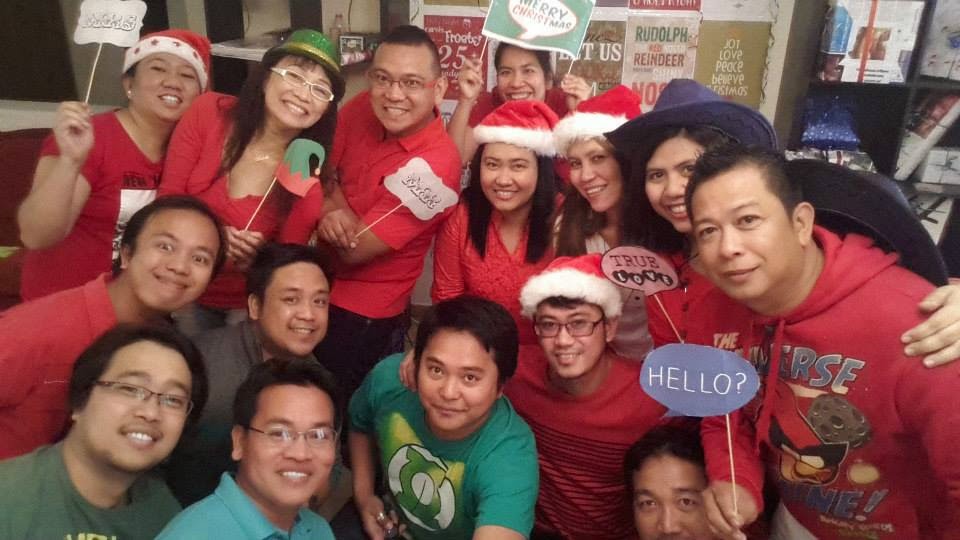 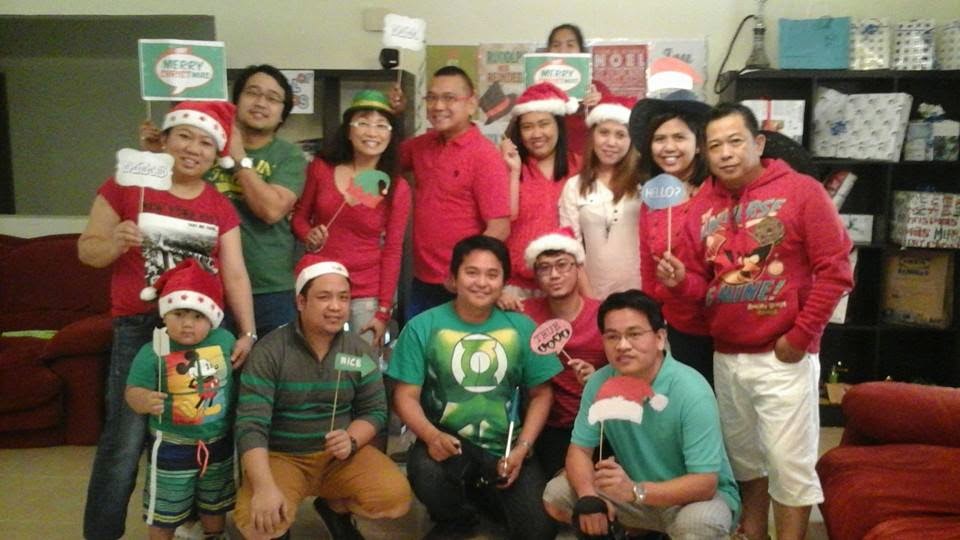 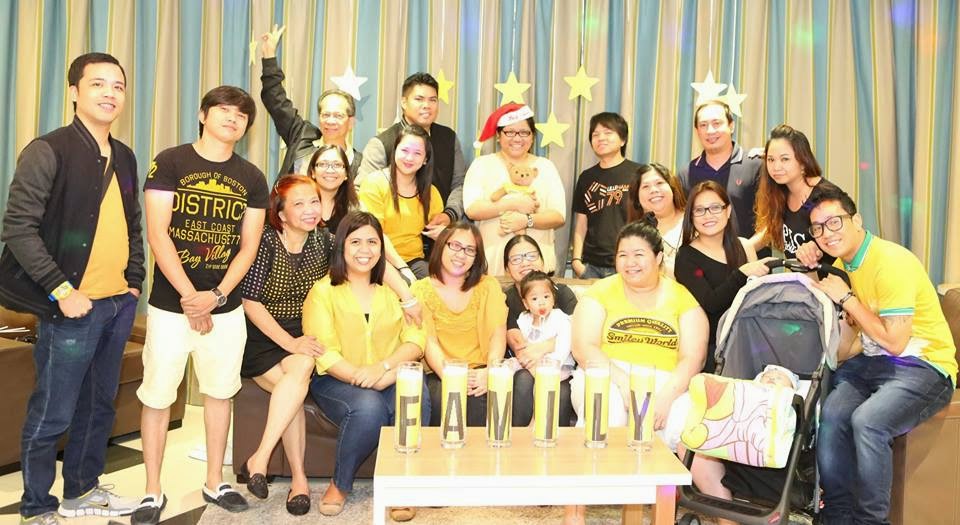 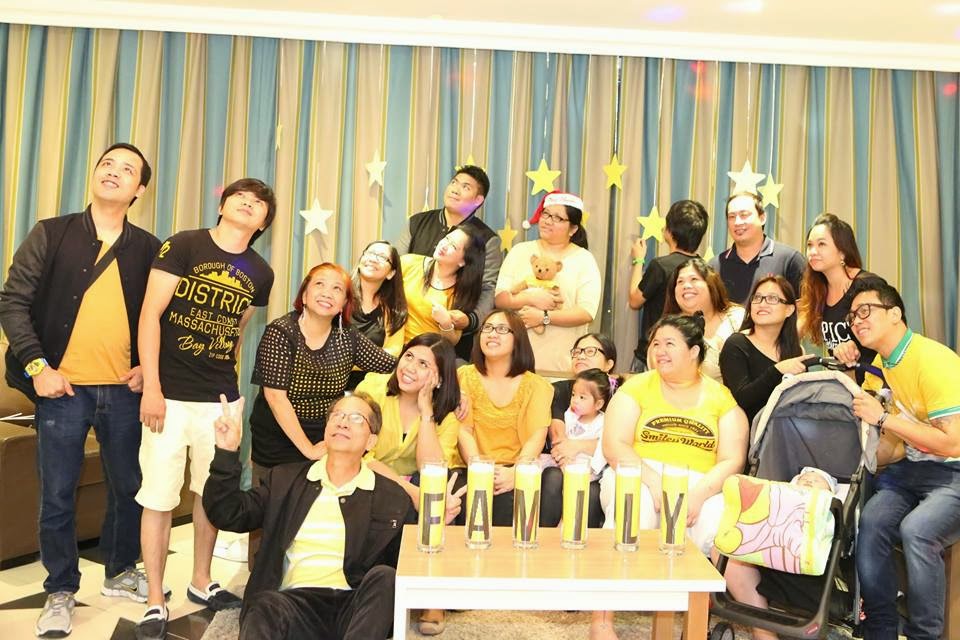 How about you guys, who are with you during holidays?
Posted by Outspoken Mind at 1:34:00 PM No comments:

Red and Green with SG Family

It will be our first time to have Christmas Party together since our group just started late January of this year. "SG BIN MAHMOUD" is my group or my family within QICM family. Sila ang kasama ko every Thursday night and I really enjoyed having fellowship with them though I missed Thursday night going out with friends and colleagues I know naman na naiintindihan nyo. SG or Small Group is not only our group to conduct bible study with, SG is more than a bible study group, each and everyone of us is a family. We treated each other na talagang magkakapatid not only inside the church or services but even more when we are outside and facing the real world and battle. Like what I'm saying most of the time, I am blessed to have every small group I have and had. I guess I need to make separate post for that :)
Last Thursday after our SG meeting, we had a chance to do our "monita-monito" and look how excited these kids, nakakatuwa talaga. 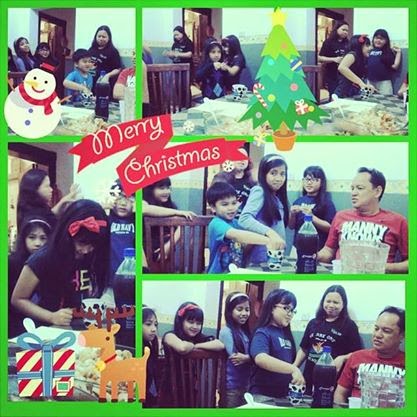 And since we're all busy on the coming days, we make it early to have our holiday get together. Hooray for RED and GREEN theme! 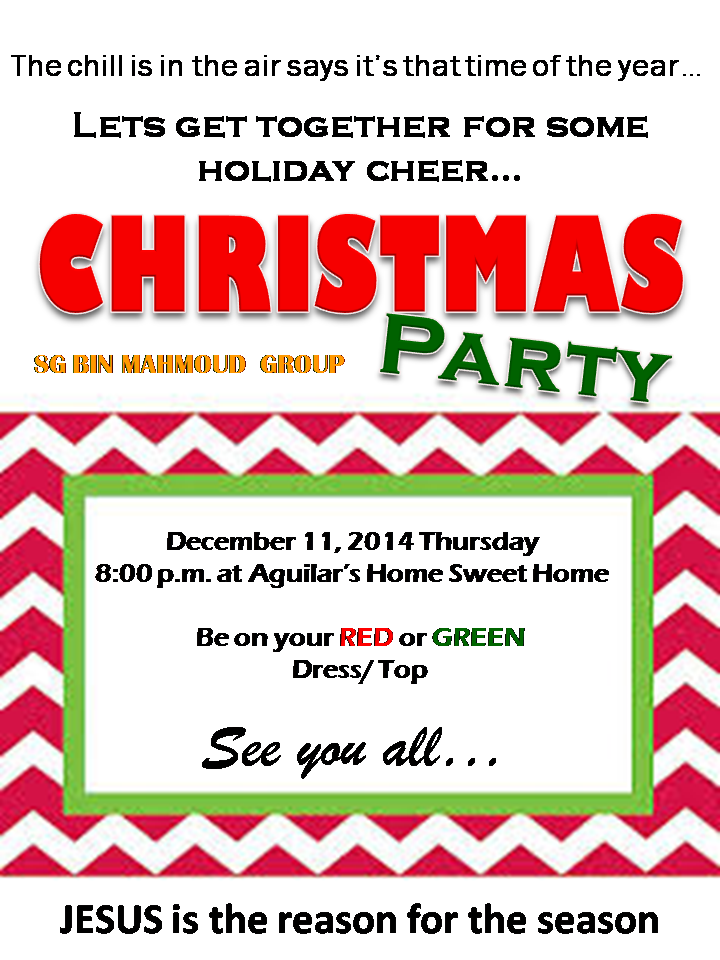 Though we meet every Thursday and Friday morning, iba pa rin ang dala ng Christmas spirit.
I'll keep you posted guys.
God bless us all
Posted by Outspoken Mind at 3:17:00 PM No comments:

The Black, Gold, and Yellow Party of HAUSEMATES

Yearly we make sure to have a get together I mean though most of us are living in one roof. It doesn't matter how simple the party is what matter is we are together to celebrate and give thanks for all the blessings we received.
Most of the time we stick to red and green color since its the traditional Christmas color but as years goes by, we evolved, hehehe. We tried to mix it with blue, white, pink, black and match it with casual to smart casual. 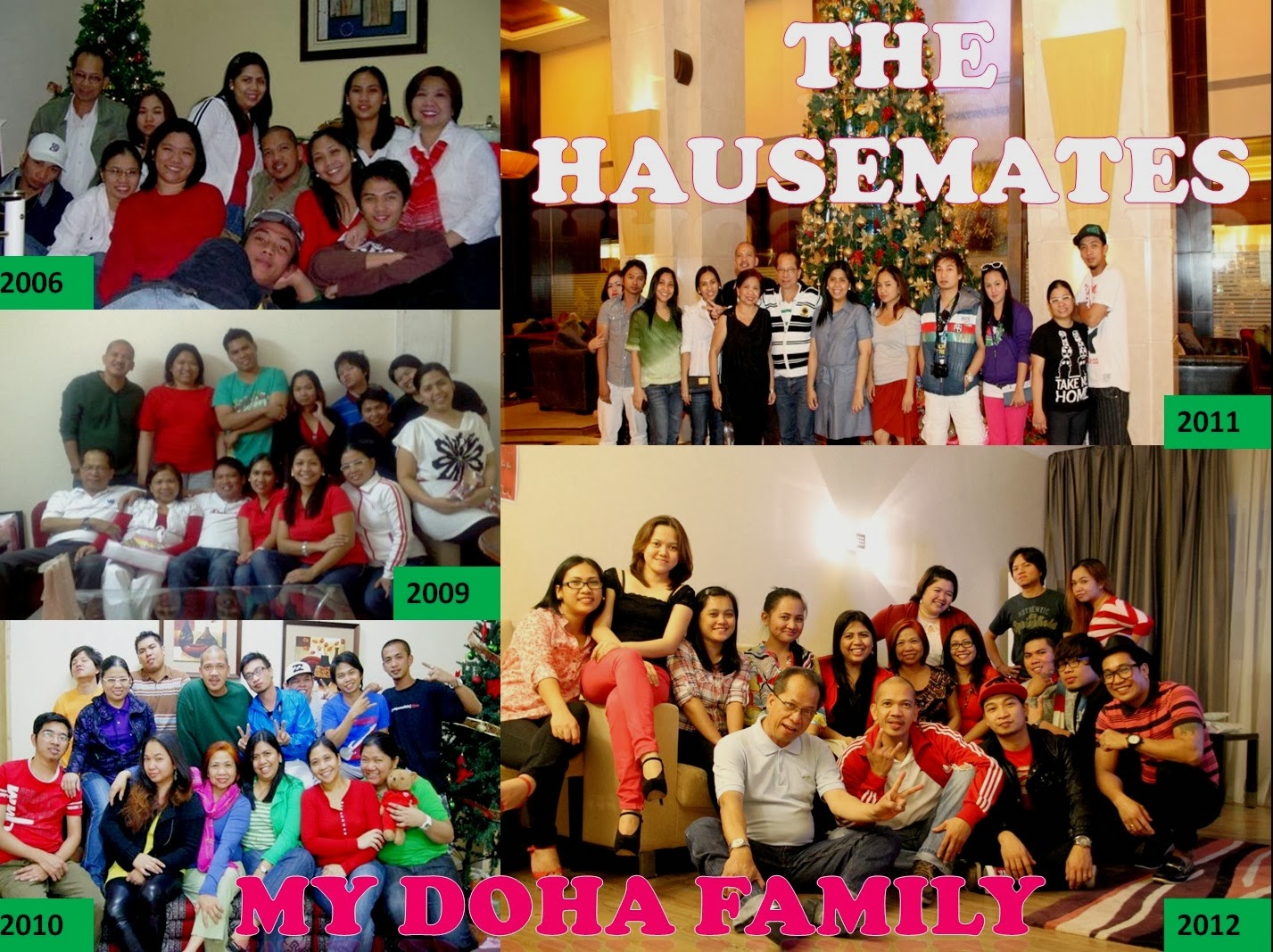 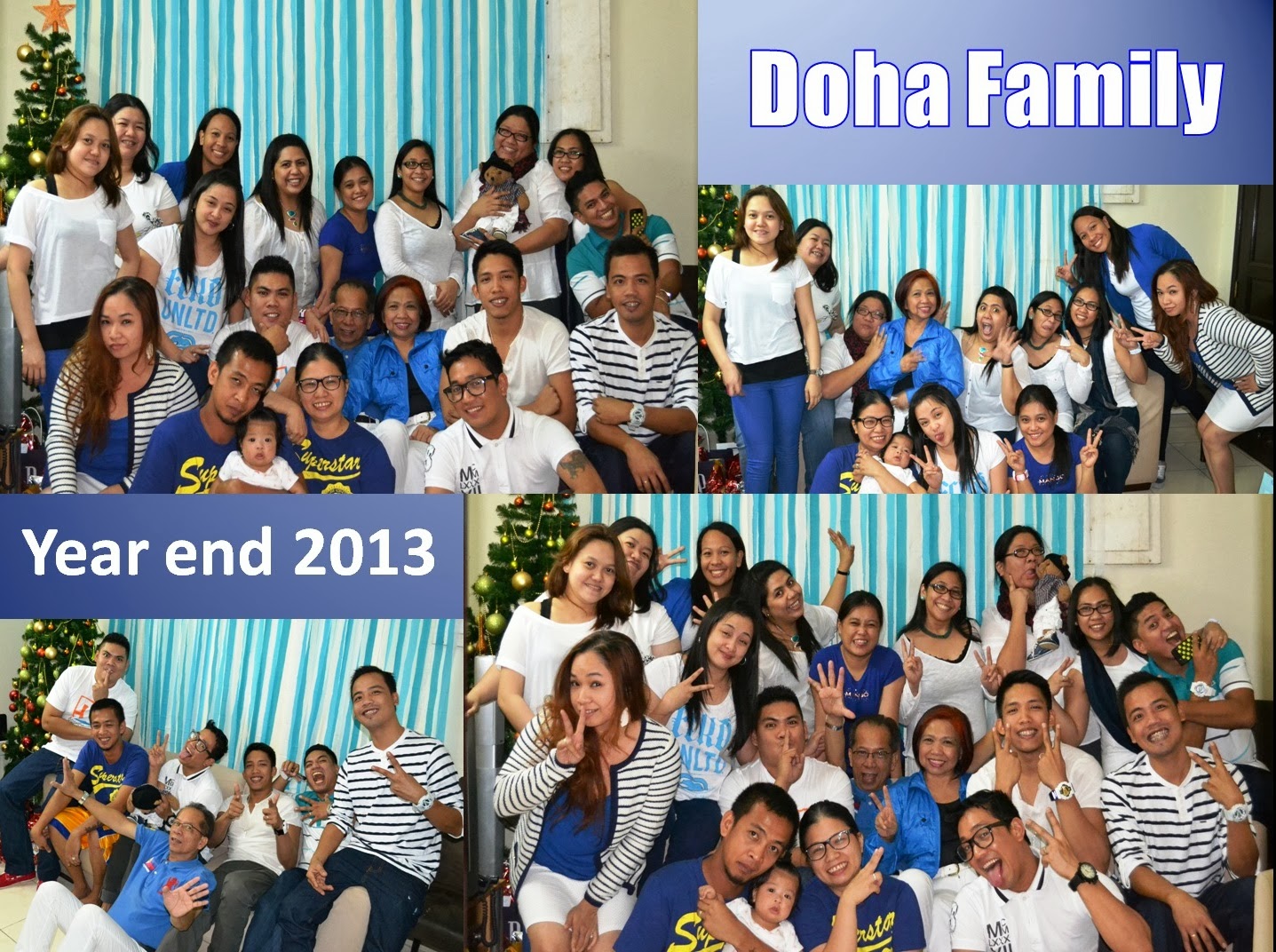 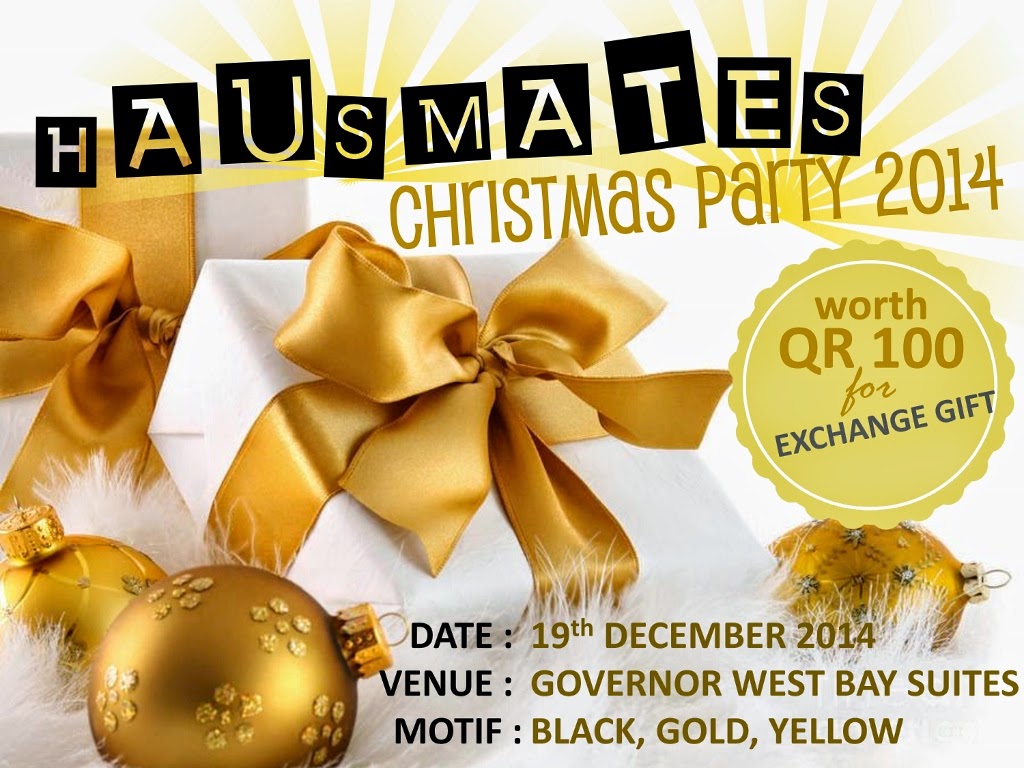 For some who's wondering who and why we are called "HAUSEMATES" here's the story :)
2006-2008 we are all living in one roof, malaki man or maliit na flat gusto lagi magkakasama since we are family naman talaga so walang problema until yung mga management na ng mga flats ang ayaw sa amin I mean na isang unit lang ang kukuhanin namin kasi nga ang dami namin, so we decided na maghihiwalay ng bahay and that time also nag-e-air ang PBB (Pinoy Big Brother) and "kuya" called his tenant as "housemates", so we became the "hausemates"
"Hausemates" and Doha Family are the same persons :)
And though we are family, when it comes to party we always assigned committees pa rin so it will be still organize and someone will lead, as far as I remember kahit may mga party kami noon sa Pinas we also do that, nasanay kami sa pamilya na ganon so everyone will be involved. And this year's committee. 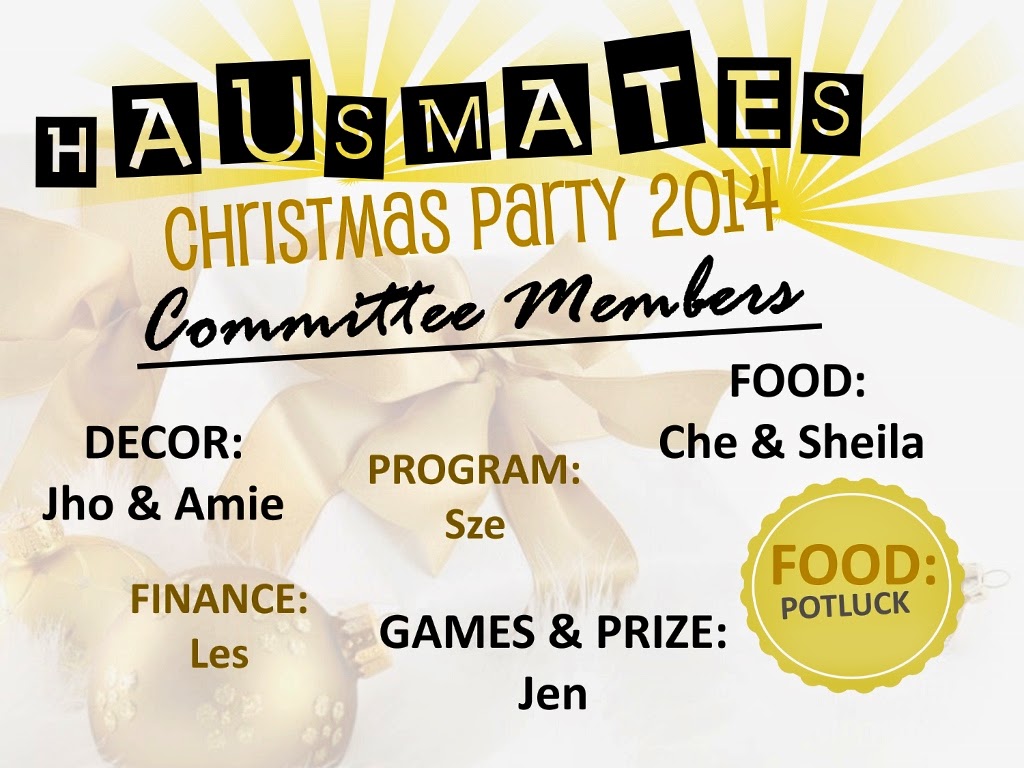 Even we are away from our "immediate" family, we are really blessed to have each other here. I know as always when we are together it will be full of fun and joy, another moment to be cherished, another blessing from Above. Thank you Lord.
I'll keep you posted guys!