Its been year (s) since I experienced heavy rains here in Doha. Heavy rains for me means I can hear the sounds of the raindrops in the roof , I can see water in the street, a pail in the lobby and plastic to cover desks in the office. Yup there's a rain the desert contrary to others assumption that there's no rain at all here. I am one of those happy and excited people who even went to the office reception to see the raindrops, I am one of those people when heard the sounds of the raindrops smiled like a child and said "its raining!" - HAPPINESS ang dala ng bawat patak ng ulan sa mga tao sa disyerto na minsan lang sa isang taon makakita ng ulan.
Wednesday when I received an invitation from a friend and a former colleague to a surprise birthday celebration of her sister who happens to be a friend of mine and my colleague as well.
May 4 Saturday, is another memorable rainy day for me =) For some they consider rain as tears from heaven but for me its always a blessing. While raining I can't help myself to sing  "Umuulan na naman mula sa langit ang kagalakan unti-unting lumalakas ang buhos ng ulan sige lang Hesus ibuhos Mo ang ulan na dala ng kagalakan Mo.." It's a praising song about pouring out of blessing from the Lord.
It's raining!
No worries to attend the birthday celebration Ate Ge will pick us up. Ewan ko talaga kung bakit ang saya saya ko kapag nakakakita ng ulan ...hahaha kaya naman kahit maputik sa ibang part at may mga tubig nageenjoy ako na panuorin and some of us took pictures pa. Don't blame us guys kasi minsan lang talaga ang ulan dito kaya mejo napaparanoid ang mga tao kapag umuulan =)


The surprise didn't turn out totally surprise, but even it was revealed to her, she doesn't have any idea who will be her visitors.

I called her "ate" Gertude. She's one of my friend in the office. We started in exchanging office documents followed by emails to stories until friendship developed.
So how old is she?  "24 1/2" she confidently said, o di ba parang size lang ng sapatos may 1/2 pa..hahaha 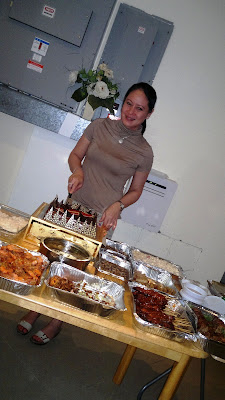 Ate Gertrude is friend to almost everyone in the office, no wonder for her sweetness and thoughtfulness. I've known her for:
- being a shoppingera, well the good thing before I met her I was cured already for being shopaholic, for being an impulsive buyer (need more treatment pa,hehehe) pero 'pag si ate ang kasama mo you'll be tempted. Like me and any other girls, she loves red tags too.
- she has her own signature "pancit" (noodles). Ay promise ang sarap nyang magluto ng pansit, kakaiba talaga as in yung mas marami pa ang sahog kesa noodles parang ang ginawang garnish e ang noodles. She has her own signature coffee too, at ayaw nya talagang sabihin kung paano nya ginagawa..."secret" daw
- she love to share especially if foods =) if nagugutom ka, well ask her and for sure mabubusog ka nya. Her drawer is like a food storage than office supplies on it.
- she is a crying lady too =) she is like any other woman who easily cry even over a scene in the soap opera, how much more being surprised and by some touching birthday messages she received.
- she's a mother of 3 and keeps her beauty and posture well
That's it for this year, need to reserve the others for next year....hehehe 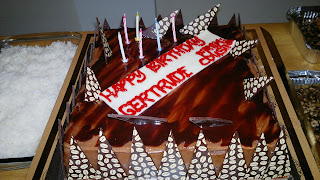 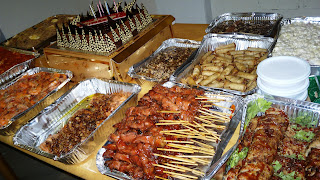 And here are the sponsors - her family 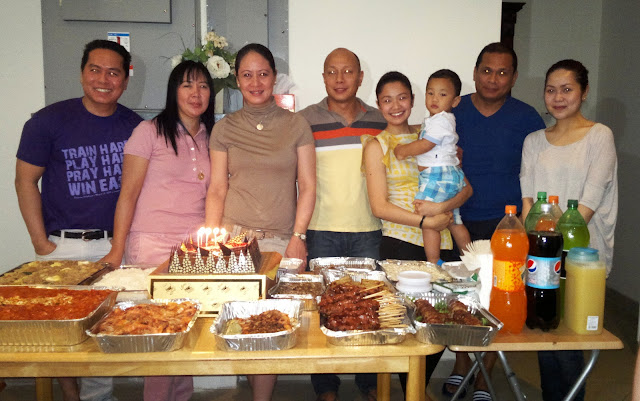 Thank you for inviting us and being a part of the celebration of Ate Gert.
I enjoyed the party - talking with colleagues and friends, playing with kids and watching their moves, that's why I was not able to take much picture, I just used my camera in my phone. 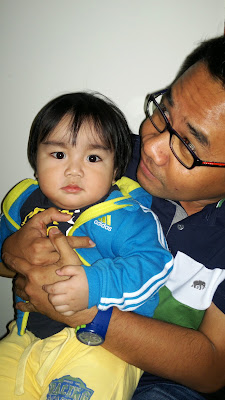 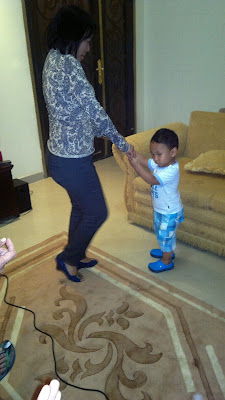 Even the kids enjoyed the party!
Rains fueled them with energy ..hahaha


When it rain it pours....
And when it rains, surprises do happened!
A friend whom I don't have communication for almost or more than a year gave me a tight and warm hug that caused both us tears of joy. Its not our party to do a scene...hahaha. I'm so much thankful that the party gave us reason to celebrate more and that night is a new start of friendship that was "almost" slip away. I claimed and considered it as another answered prayer. Thank you Lord.
Rain bring us surprises and celebrations although not all the time, but don't you worry for after the rain is a rainbow and a sun to shine.

Happy Birthday again Ate Gert, your birthday celebration is really a PARTY PARTY for me. 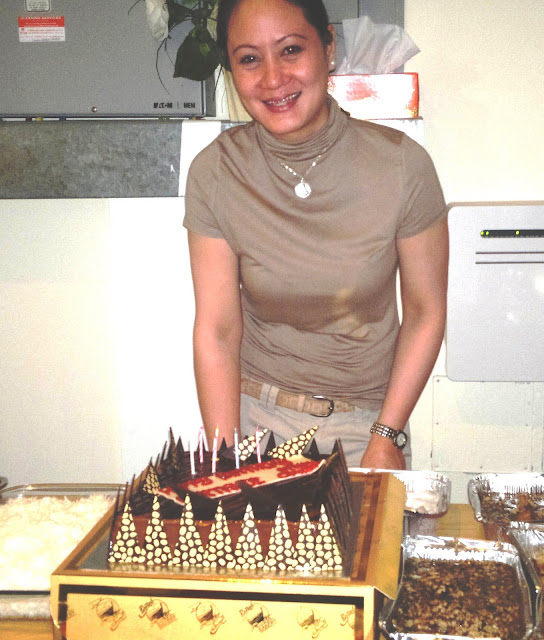 Stay beautiful inside and out.
God bless you