Finally after almost five years we've met again yesterday!
Analyn is my a former colleague of mine in Philippines and become a good friend of mine since then. She's is the super mom of two- Dianne and Rafael, and a loving wife of Paulo. Our life way back in our former office sobrang simple pero super saya.
First meeting in Doha, Qatar
I fetched her with her children, April 2008
Wala pang selfie at FB pero kami marunong ng magselfie :-) 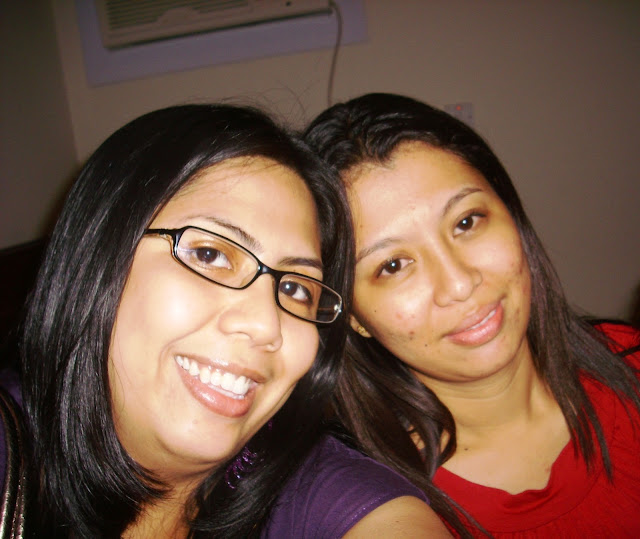 Second meeting in Doha was when we had dinner with her family in Upstairs - Downstairs, sad to say I was not able to retrieved the only photo we had that night on my Friendster account.
And the third is March 20,2009 on my 28th birthday, I check my files and there are no pictures taken with her ..well honestly hindi sya talaga mahilig sa picture so kapag sya ang kasama ko mabibilang ang mga picture with her.
After four years without seeing each other but we talk naman or chat or emails but could you imagine how small is Doha naman for us not to see each other...
After four years....
March 1, 2013, we bumped each other at Carrefour, City Centre. Imagine sa dami daming pagkakataon at lugar sa Carrefour pa talaga kami nagpangita, and the thing is its passed 9:00 p.m. na yon... 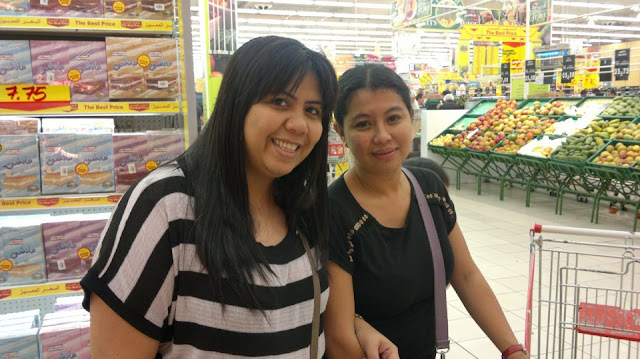 O di ba from the time she arrived in Doha mabibilang talaga sa daliri kung ilang beses kami nagmeet :-) but nevertheless the friendship is more than physical. I mean kapag talagang real and good friend mo kahit ilang decade or years kayong di nagkikita, you always have the connection, you really find time for him/ her, kahit gaano kang kabusy cos you don't really want to miss the single chance to be with them or even just to talk with them.
Last week I received a message from Analyn inviting to go out. And I just say "yes" sa isip-isip ko na lang, at last and wishing na sana this time matuloy kasi naman for how many times we also planned pero laging di natutuloy. I even inform one of our good friend Beth who is in the Philippines na magkikita kami ni Analyn, imagine ba naman na mas madalas ko pa makita si Beth, na nasa Pinas kesa kay Analyn na andito din lang sa Doha. And Beth told me"naku Jen sana matuloy talaga, ituloy nyo yung date nyo, stress na rin kasi yan.." So lahat ng invitation for the week talagang I make it sure na di maapektuhan ang Wednesday, my day with Analyn.
So happy to see her physically and personally...hahaha, its been 5 months ago since I last saw her.
Analyn is the same Analyn I know - pero she'll agree with me for one thing and even Ate Roselyn and Beth for sure, fixed and combed ang hair nya...hehehe, I remember our DILG days how ate Roselyn always teased Analyn when she's in a hurry for her children  na hindi na daw nakaksuklay yata ng buhok.
We talked a lot of things - her family life, work and even future plans. Well super bitin talaga ang chickahan almost 3 hours pero talagang kulang. Its really nice to be and to talk with a person na hindi lang nakilala mo ng basta -basta kungdi talagang friend mo since nasa Pinas ka pa. Ang sarap ng feeling na you can exchange stories of your past kasi kilala nyo both yung mga taong pinagkwekwentuhan nyo, ang sarap makinig sa mga kwento nyo both kasi alam mong you're not merely listening by ears but you are really interesting to know what's happening to her.
Knowing me I love capturing moments through pictures but since I was so excited I almost forgot to have picture with her...tapos na kaming kumain and obviously the table was cleaned already. I just asked Applebee's staff to take picture with us.
Finally...
She dropped me at our house and told me na labas ulit kami next time kasi nga nabitin kami sa kwentuhan and I'm hoping really hoping that we can at least do this as often as we could.
More than the dinner we had, thank you so much Analyn for spending "my Wednesday" See you again soon!
So guys let's wait for the next date and surely you'll be updated.
Any friend you want to see and have some siestas? so grab your phone or keyboard and ask them to go out,maybe they are just waiting you. Trust me hindi kayo mauubusan ng pagkwekwentuhan :-)
Have a great weekend!

Email ThisBlogThis!Share to TwitterShare to FacebookShare to Pinterest
Labels: Doha, Friends, I love Wednesday, ME, SINGLE