"Rushing resulted to things that you don't want to accomplish"
This is my last memory quotes that until now stuck on my mind...I heard this from one celebrity this morning when he had an interview. Immediately as I heard it from him I said "yes" without hesitation naisip ko talaga that's its true. 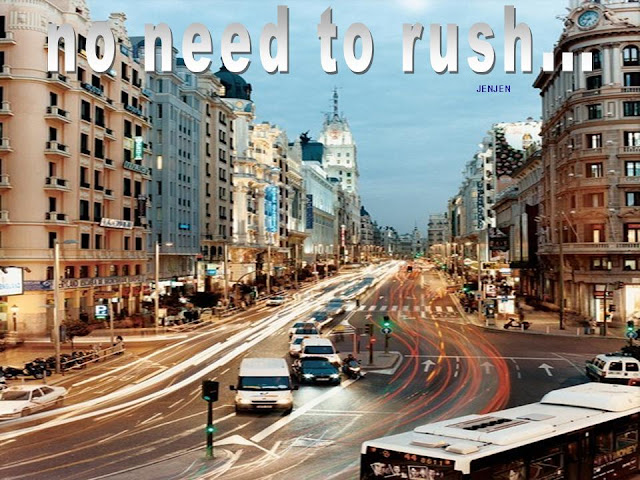 Sometimes we have decisions in life na parang gusto nating bawiin, na why we did it or why we said it...its like nasa huli ang pagsisisi.
I have a friend who reminds me of this "rushing"..last March exactly on my birthday nagparamdam sya, at least he remember may birthday. I knew even before that he get married already but didn't hear that straight from him. Until nga nakausap ko sya, and yes he confirmed...he is married. He told me na wag daw ako tumulad sa kanya na nagmadali kaya di nya alam ngayon kung tama ba yung ginawa nya..Hindi naman siguro ako magpapakatanga na katulad mo, how sad that because of pressures (not sure) or dahil nagmadali sya, he come out to not so happy output.
But whatever excuses we have its already accomplished...its done.
So the only thing we can do is next time don't rush....
Posted by Outspoken Mind at 12:41:00 PM